Panel Discussion at the 2015 NODA Conference 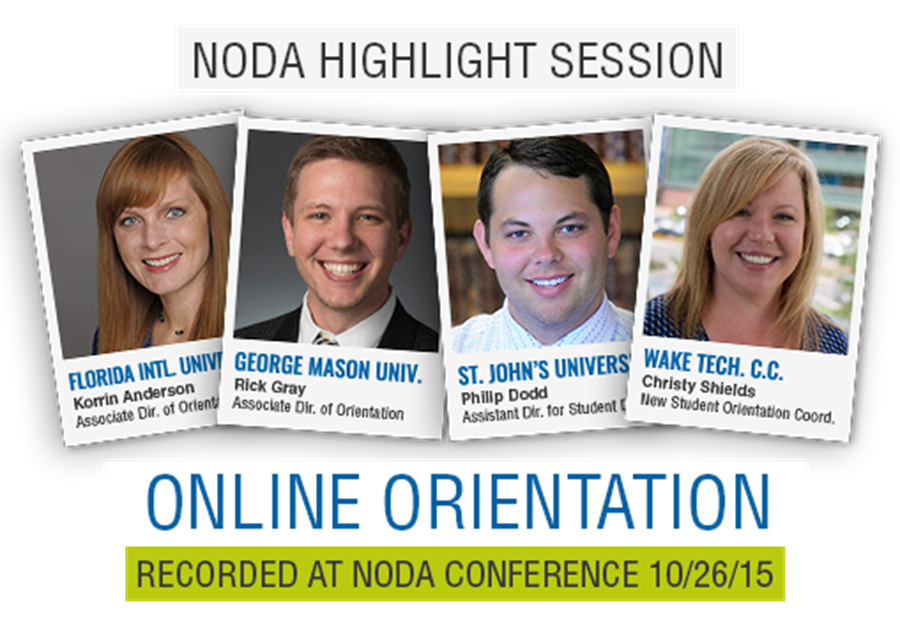 Panelists identified a number of reasons for moving to an interactive online orientation, including the ability to track that all their new students completed the college orientation and the ability to deliver the school orientation to many students. Other reasons include improving matriculation by engaging students earlier, providing information and answering questions ahead of time, and improving the in-person orientation experience to make it more enjoyable for students.

To find out more about how panelists said their schools are using their online orientation, how their decision to get an online orientation helped students transition into their campus community and other questions from session attendees about the online orientation software available by Advantage Design Group, the Live Stream recording of this session is now available. Click here to request this informative recording.